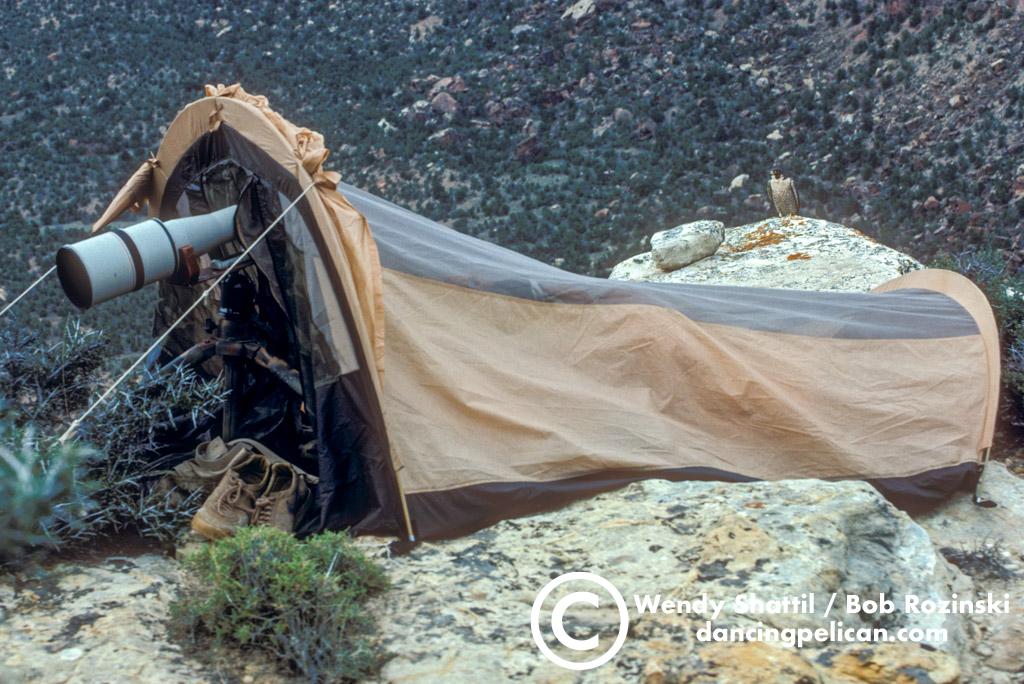 For a different perspective, try photographing wildlife from a blind.  Blending  in with your surroundings is like becoming the lamp in the corner of a room.  If you’re very successful minimizing motion and staying quiet, you’ll see what happens when wildlife is unaware its being watched. People aren’t often adept at becoming part of nature, but using a blind is an effective method for sneaking a peak at what happens when we’re not around. 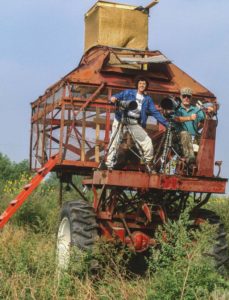 Our eBook, Cotton Picking Photo Blinds, illustrates some of our most imaginative photo blinds. I invite you to download it if you’re interested in more advanced structures to photograph wildlife from.

When will you benefit from using a blind to photograph wildlife? Well, since a blind doesn’t actually make you invisible, the advantage is really to make yourself a part of the natural surroundings. The goal is to be in proximity to observe and photograph wildlife without it reacting to you. Mammals are challenging, as they are more likely to sense your presence than birds. It’s been said that birds don’t count very well. If two people walk up to a blind and one walks away, they may not realize someone’s left behind. 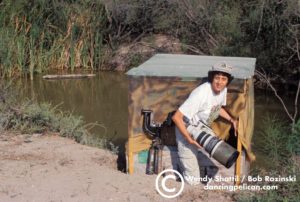 It isn’t necessary to go to great lengths to camouflage yourself from wildlife subjects. A blind can be as simple as draping yourself under a sheet of camo fabric or behind a stack of strategically placed bales of hay. Even a car or truck can be useful to hide yourself from an animal subject. We’ve had great luck photographing from our truck in urban locations and other places where wildlife is used to seeing vehicles.

My entire photo book, City Foxes, consists of images taken from our truck. The subjects, a family of red fox, lived in the middle of a Denver cemetery. Naturally, cars were part of the foxes’ environment. Every day for two months I parked at the curb about sixty feet from the den and photographed with a 600mm lens on a window mount. Mom, Dad and six baby foxes went about the business of living, learning and playing without reacting to my photo blind of a truck. 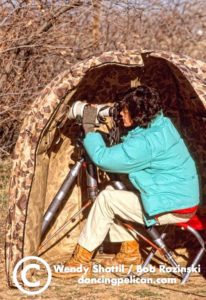 By far the most successful portable blind we’ve ever used is the Rue Ultimate Photo Blind, sold by Leonard Rue Enterprises. Designed by the most published wildlife photographer in North America, Len Rue III created the perfect blind. It sets up in less than a minute, has well constructed shooting ports and enough room to sit quietly and comfortably inside for hours. Check out the Rue blind at http://www.rue.com/ .